Ticket Price: $15.50 for children and adults, mat and theatre seating 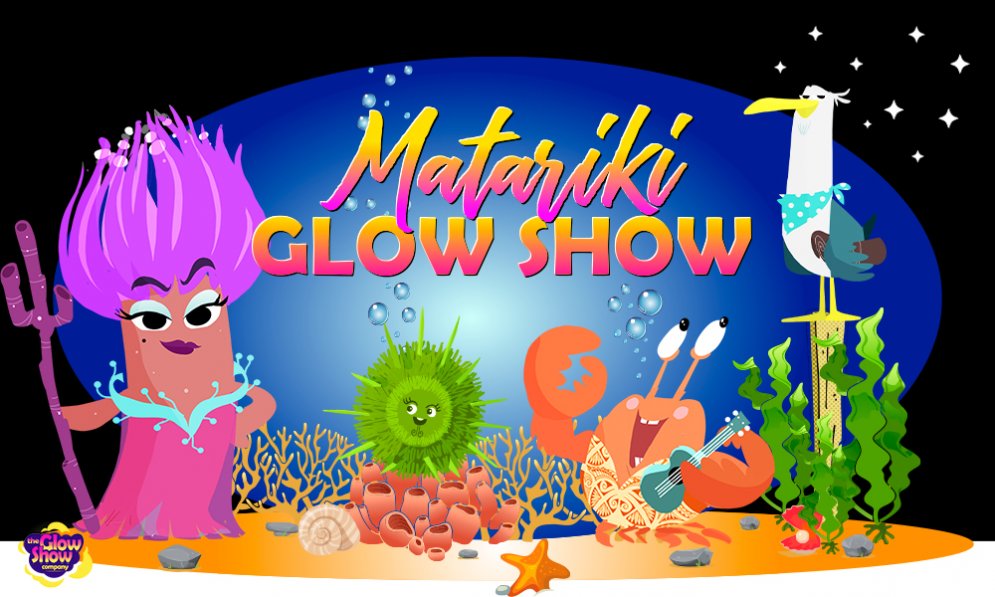 Captivating tamariki throughout NZ, this giant scale glow-in-the-dark puppet extravaganza is back with an ALL NEW SHOW for Matariki 2020. This time we go under the sea! Hiwa i te rangi (the Matariki wishing star) helps Puhi the Kina on a delightful journey of discovery across the Pacific to Aotearoa...

The all new 2020 show is set around the Takutai Moana (Coastal Sea) and Te Moana Nui A Kiwa (Big Pacific Ocean) during MATARIKI, with the show being a delightful story about our kai moana and the whakataukī “He waka eke noa. We are all in this together.”

Rich in Te Reo Māori, it’s an upbeat show that has the audience buzzing from the onset. This masterful 45-minute show has catchy music that engages the audience immediately.

The production was created by puppet designer/creator, Sarah Burren who collaborated with composer/musical director, Midge Perez. They have an impressive history, having worked together on twenty children’s shows.  Sarah has been involved in the concept/ design/production of over 100 stage shows and live events both in NZ and internationally.

Recognising the significance of MATARIKI to many New Zealanders, they sought the guidance and approval of kaumatua Dr Haare Williams (amorangi in arts, culture and education) to create a MATARIKI story that will ignite the spirit and pride of our tamariki.

“Thank you for putting on a great show. It was so great, it nearly blew my shoes off!” - Josh (Papakura Central School, 2019)